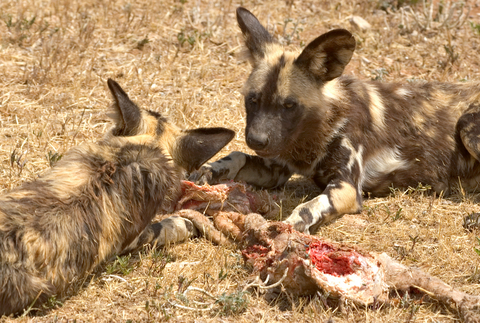 The first thing to understand is that seeds were evolved not to be digested. From the plant’s perspective, the idea of a seed is to survive to make another plant. What that means is that for an animal to have grain as the mainstay of its diet, it needs a digestive tract designed for it, from the molars that chew the seed into paste to the internal chemistry to process complex carbohydrates.

Dogs, being primarily meat scavengers, don’t have that sort of digestive system, which is why many healthy dog food advocates say they shouldn’t eat grains at all. But dogs do need seeds and grains in their diet. Left to themselves in the wild, dogs will eagerly devour the stomach contents of carcasses, which are often full of already-chewed and partially digested plant matter including grains. Left to themselves in my kitchen, my dogs Kirby and Congo will gobble up bread in any sized pieces, from crumbs to loaves. (Unlike my cats, who sniff disdainfully, being more purely carnivores.)

There are some nutrients that dogs cannot get from meat, such as Vitamin E and the essential fatty acids. They also need some calories that do not come from fat, and grains, of course, are calorie powerhouses. Feed your dog a pure meat diet, and you’re depriving him of those things.

So how to make the nutritional value of seeds and grains fully available in healthy food for dogs? Not by using refined grains, such as white rice or flour, because the refinement process strips them of most of their nutritional value. Dog-lovers who contend that commercial kibble made mostly of these sorts of grains is not optimal for canine health are absolutely right. It’s filler and it brings the price down. While it will fulfill your pooch’s caloric needs, it won’t give him the micro-nutrients that grains can provide.

What you do is, first, use high-nutrition grains, such as flaxseed and lentils, making sure they’re organically grown—and sprout them.

A seed that has been sprouted has been “pre-digested,” the protective shell opened to release the awakened and boosted nutrients inside. That makes it easy for a dog’s digestive system to make full use of all that goodness—vitamins, minerals, probiotics, antioxidants and enzymes. (See my post here for much more detail on the nutritional benefits of sprouted seeds, plus their life-energy properties.)

So—for a healthy dog diet, it’s not no grain. It’s nutrient-rich grain, made fully digestible, accompanied by other quality ingredients (such as what Carna4 offers).  Your four-footed best friend will thank you for such a balanced diet. 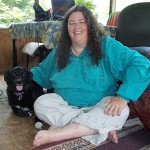