Here is another Carna4 dog 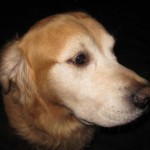 Here is another Carna4 dog on the mend! Jackson suffered from a variety of health issues and it wasn’t until he began eating a truly clean diet free from man-made ingredients that his issues began to clear. Here is what Jackson’s mum had to say:

“Jackson’s health issues started about 2 years ago…He was seen by a vet and was given oral antibiotics as well as eardrops. Sometime after the ear infection cleared up hestarted to exhibit poor health symptoms. Which included smelly ears, smelly paws, limp in his back left leg, many hot spots, a patch of fur loss on his tail, yellow flaky yeast on his tail, ear infections, dull coat, fur whitening, itching, licking paws and poor energy.

I put Jackson on a candida cleanse (supplement) as well as switching him to a grain free dog food which caused him to have an increase in hot spots. We then realized that potatoes can also contribute to candida so we switched his dog food to (a grain-free and potato free food). He seemed to do fine while on this food. His hot spots stopped but his overall health didn’t improve. We thought that we would try the fish (formula) for his back leg. After two days on this food he broke out in major hives and would scratch all day and night. He also broke out in sores from scratching so much and hot spots.

Shortly after that is when we slowly switched him to Carna4 that all his hotspots healed and cleared up quickly. No new ones appeared. His hives all went away as well as the sores from him scratching. His ear infection cleared up.

Jackson loves this food! I have never seen him so excited at feeding time. He would wait until her heard my fork being set down on my dinner plate and rush, to get his feeding bowl. He would bring it to me jumping around with excitement.

While feeding Carna4 I have noticed that his fur is shiny, no smell from his ears, paws, no itching, no skin issues and overall he looks healthier. I think that carna4 is a well balanced nutritious dog food and is the next best thing to feeding raw.” Theresa

Within a month since its introduction, our new Flora4 raw sprouted seed topper has changed a life! After the launch of our newest Carna4 innovations that also includes Carna4 Sprouty Squares & Flora4 Sprouted Seed Snacks, we are getting great results. Several stores reordered within just a few weeks after their customers jumped at the opportunity to supplement with whole-foods designed for busy lives. It’s very exciting for us as more and more pet owners are learning that Carna4 synthetic-free nutrition is the way to go!